Skip to content
Home/Coping with Life, Features/Women’s Health: THE ISSUES
Previous Next 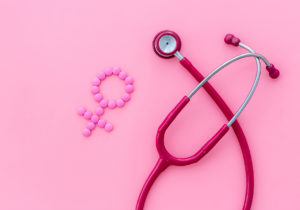 Health and wellness concerns us all, of course. But there are very real issues facing women, which are often considered under the headline “women’s health”. So let us just list and briefly (very briefly) outline the main issues involved…

Women are different to men. The same or similar in many ways, of course, but different in several important ways.

Despite the achievements of feminism generally, many still consider women to be a marginalised group in many societies. While this might be more debatable in parts of the developed world (northern Europe is for example a region where gender equality seems quite established and mature), it does seem to be very much the case in much of the developing world including Africa. Some of the issues faced include:

In all of this, the issues are quite complex and variable. There are many controversies and differing views. There are regional, cultural, religious, legal and other nuances around the world. In general terms there has been real progress with gender equality in recent decades, but much remains to be done, especially in the less developed nations of the world. This article does not aim to explore this in detail but is rather just a brief listing of the key issues at play in women’s health 2021.