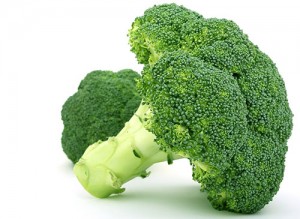 The vegetarian or plant based diet has also become very popular not only because of its many health benefits but for ethical, religious and sustainability reasons.

Then you also get many other variations such as Pescatarians who do not eat meat however will include fish, or semi – vegetarians that is something in between.

What does the research say?

Vegetarian diets have been shown to lower your risk of obesity, high blood pressure, coronary heart disease, diabetes mellitus and certain types of cancer. According to the American Dietetics Association (ADA) position paper on vegetarian diets (2009) vegetarians are more likely have a lower Body Mass Index (BMI) and blood cholesterol levels. Key et al (1999) combined data from 5 prospective studies, with a sample of 76 172 men and women, that compared the death rates from common diseases in vegetarians with those of non-vegetarians. After a mean of 10 years of follow up, results showed that mortality from ischemic heart disease was 24% lower in vegetarians than in non-vegetarians. They further concluded that when vegetarian diets were further categorized and compared with regular meat eaters, “mortality from ischemic heart disease was 20% lower in occasional meat eaters, 34% lower in people who ate fish but not meat, and 34% lower in lacto-ovo-vegetarians, and 26% lower in vegans.” This result was also supported by Appleby, Davey & Key (2002) and Fraser (1999). In Huang et al (2012) published a meta-analysis and systematic review on cardiovascular disease mortality and cancer incidence in vegetarians. They reviewed all studies until September 2011 and included a total of 124,706 participants. They concluded that all-cause mortality was 9% and ischemic heart disease was 29% lower in vegetarians than in non-vegetarians.

There are often concerns around potential deficiencies in a vegetarian diet. It’s true that some vegetable-diets can lack protein, Iron, and vitamin B12 for example, but these are manageable concerns (e.g. supplements can be used) that need not be obstacles.

Vegetarians are onto something. Even if we don’t feel we can go “all the way” and remove meat entirely it is almost certainly a good idea for most of us to eat less meat and to eat more fruit & veg.