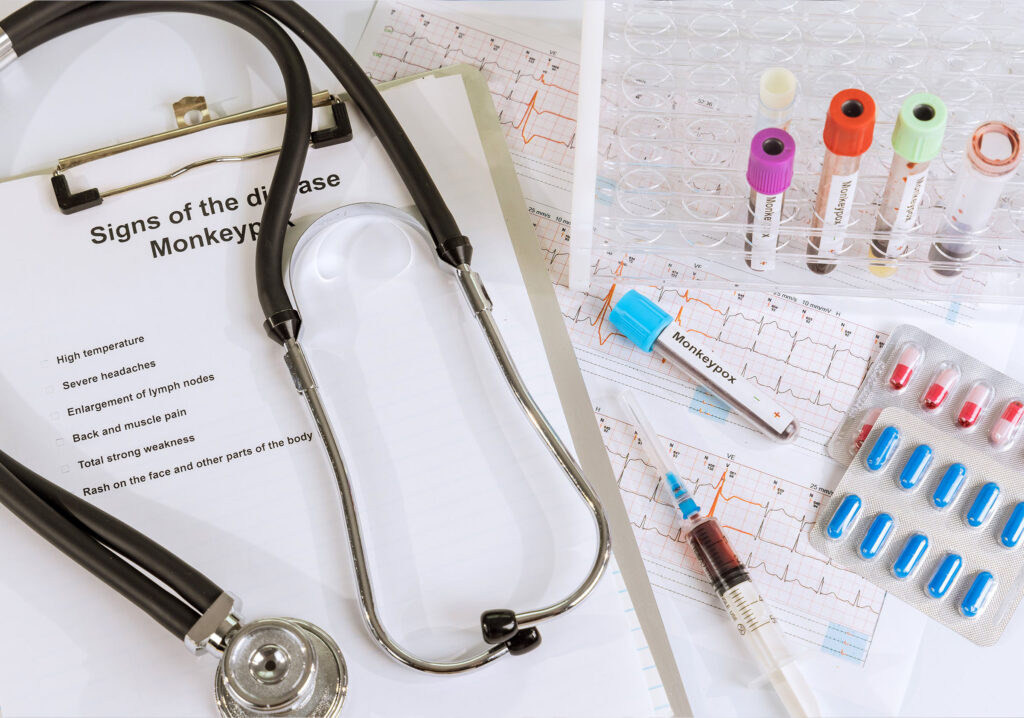 Just as we come out of the life-changing world-changing COVID-19 pandemic, along comes Monkey pox! There has been concern and even panic in some instances. There has been misinformation (When is there not?!), accusations and counter-accusations. We have seen prejudices around sexual orientation [sigh] again. So let’s just take a look at a few aspects in the interests of calming everyone down.

If you are in a rush and do not want to read more, just know that this is NOT a major concern in all truth.

Monkeypox is not a new virus. It has been endemic in west and central Africa for decades (from the 1970s at least). It spreads among animals (notably rodents and monkeys) and has long been known to sometimes infect humans too (usually from bush-meat or through bites and scratches etc.). It spreads through close-contact (animal to human and or human to human) and it does seem that it requires much closer and or prolonged contact that airborne viruses like colds, flu, and COVID-19 – it is not as contagious as these conditions. It causes a chickenpox-like illness with fever, malaise, swollen glands and then a typical rash of blisters that ultimately crust over and dry up. The vast majority of patients recover fully although children and those with weakened immunity do fare more poorly. Mortality rates are thought to be in the region of 1%, with no treatment.

The virus that causes Monkeypox is similar to the now-eradicated smallpox virus and so the smallpox vaccine (developed and used decades ago) can be used to help contain outbreaks. Certain antiviral medications can be used and general supportive care including intensive care may be needed.

It seems (as at mid-June 2022) extremely unlikely that Monkeypox will become a worldwide pandemic and all evidence seems reassuring in this regard.

In 2022 there have been some 3000 confirmed cases, mainly in Europe. Some but not all cases involve recent travel to Africa – this shows that ongoing person-to-person spread, in Europe, is occurring. A number of cases have been seen in men who have sex with men (MSM) but this may well be “coincidental” in that the initial cases may have involved a small-ish group of people attending some raves and other events (case-tracing implicates two events in Belgium and Spain). Monkeypox is not considered a sexually transmitted disease and so the mode of transmission, even in MSM, is thought to be simple close contact (not sexual intimacy per se). All available evidence suggests that there is no reason to believe gay men are at increased risk as such (other than the “coincidence” of the early spread having occurred at certain events in Europe perhaps).

There is currently no good evidence that the 2022 Monkypox outbreak involves an lab-leak or biological weapon. It seems most likely that this is a “normal” outbreak of a known virus that has been circulating for decades already.

Much, or even all, of the above could change as research continues. Could, but probably won’t. Most of what you read above makes good sense, is widely agreed-on, and is likely to remain true. There is really no need for panic. Basic measures like hand washing and the isolation of known cases remain valuable but large-scale measures like lockdowns do not appear to have any place here. There is no reason for any form of prejudice or discrimination.