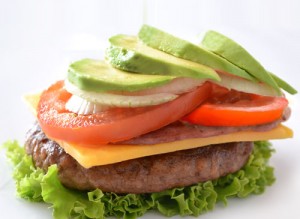 Low carbohydrate diets have become very popular in the last few years due to their effect on weight management. The unknown is whether the large amounts of fat associated with the low-carbohydrate (CHO) diet leads to increased risk of cardiovascular disease.

What does the evidence say?

There is a wealth of evidence both for, and against, low carbohydrate diets. In an systematic review and meta –analysis done by Naude et al (2014) that included 3209 subjects from 19 studies, results showed that there was probably little or no difference in changes in weight, cardiovascular and diabetes risk factors with low-CHO weight loss diets compared to “traditional” balanced weight loss diets. In another meta-analysis and systematic review by Nordmann et al (2005), they compared low-carbohydrate to low-fat diets on weight loss and cardiovascular risk factors. The authors assessed five trials including 447 individuals, and they found that after 6 months, those on low-carbohydrate diets had lost more weight than individuals randomized to low-fat diets, however at 12 months this difference was no longer observed. Triglycerides and high-density lipoprotein cholesterol (HDL) results were more favourable in those on the Low carbohydrate diet at 6 months but Low-density lipoprotein cholesterol (LDL) and total cholesterol values were more favourable in those on the low-fat diet.

In summary the evidence is mixed and or inconclusive.

These diets are often difficult to sustain over time and anecdotally at least, may cause mood swings.

These diets are very topical and quite controversial. It is difficult to offer definitive advice at this time but most nutritional experts advise caution and prefer to recommend low-fat high-variety calorie-controlled Mediterranean-style eating for most of us.