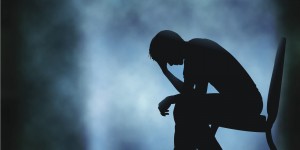 Depression is characterised by a feelings of low-mood, sadness, unhappiness, etc. but there are many other associated symptoms that are worth knowing about, including:

Depression can lead to suicide. Over 50% of all suicides involve people suffering from depression (but almost invariably they are inadequately or not treated) – 90% of suicides involve a diagnose-able mental-health condition. There are some 10 suicide attempts for every actual suicide.

Depression is caused by imbalances in brain chemicals like Serotonin, as well as by often-complex psychological factors that may be current (e.g. stress, relationship problems, etc.) or historical (e.g. childhood experiences, previous trauma, etc.). Very often a mix of causes is involved.

Depression affects some 3-5% of people at any given time and close to 20% of people will suffer from depression during their lives.

Depression is sometimes associated with other issues like stress, anxiety, alcohol and drug-abuse, etc. It can sometimes be difficult to clearly identify what came first and in many cases the most practical approach is to try to address the set of problems together.

Mental health problems are still associated with a degree of stigma and judgement in modern society (this is really just due to ignorance but still….) and so sufferers tend to be reticent in seeking help, which is hugely unfortunate. The main treatments used for depression are:

Depression is serious. It is too-often overlooked or hidden, which is a desperate shame since it is usually very treatable with modern approaches.