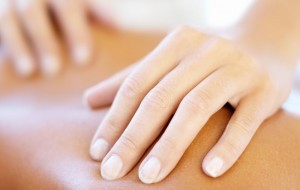 Should you see a chiropractor? We are quite often asked this question and the answer is tricky…

Healthcare as it is practised in South Africa, and most of the so-called “western world”, is based on science, meaning that the methods and treatments used have been shown to be effective. Proven to be effective. In reputable published research, often repeatedly. When new research updates (and sometimes embarrasses) older research, methods change. The beauty of science is that it is self-critical and continually evolving. It’s not perfect of course, but there is much to be said for it.

Chiropractic is an alternative therapy that has its origins in the 1890s or so. It was originally claimed to be the solution to almost all known illness, although modern chiropractic tends to be rather less ambitious, focussing mainly on muscular and bone and joint problems, typically spinal issues. The key therapy is spinal manipulation therapy (SMT). Chiropractic is controversial because it is not based on a scientific method (continual research, peer review, evolving knowledge, etc.) and so mainstream medicine is critical of it generally. That said, you’ll have met or heard of people who swear it has helped them, often quite remarkably.

So what do we know? Well, there has been some research (Wikipedia has a rather good page on it) and it shows that chiropractic:

It seems that chiropractic may offer some help with low back pain but has no or little proven value for any other condition and may even be dangerous in some instances. We advise caution and suggest you always ask your own doctor first.