Skip to content
Home/Coping with Life, Features/Bipolar Disorder
Previous Next 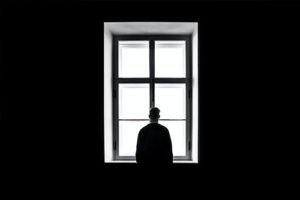 Bipolar disorder is a mood disorder characterised by mood swings from mania (exaggerated feeling of energy and well-being) to depression. These mood swings tend to recur and subside spontaneously. The manic episodes may last from several days to months.

The cause is unknown but hereditary (genetically acquired) and psychological factors may play a role. The incidence is higher in relatives of people with bipolar disorder.

There are no blood tests or other investigations that can diagnose bipolar disorder. A psychiatric examination where the person’s thoughts, behaviour and responses to certain circumstances are evaluated will help make a diagnosis.

In the depressive phase:

In the manic phase:

The outcome for individual episodes of mood swing is generally good, though recurrence is common. Most people with bipolar disorder will require long term treatment. In some people, Lithium therapy has prevented recurrence of symptoms. In others, poor compliance with treatment or unwanted side effects have made medication less effective.

Bipolar disorder is a troubling condition that affects some 2% of all people (lifetime prevalence = ~ 2%). It is not easy to treat and some patients are actually resistant to treatment, probably because the manic phases can feel quite good sometime (despite being damaging in various ways). But it is clear that treatment is important (e.g. 5-10% of those with Bipolar die from suicide) so understanding this mental health condition is worthwhile.