Skip to content
Home/Coping with Life, Features/Opiate Dependency
Previous Next

When we think of drug abuse, addiction, and dependency, it’s drugs like cocaine, heroine, crystal meth, alcohol, tobacco, and cannabis that usually come to mind. These, and other, substances can and do cause a lot of dependency and addiction problems, with the physical, psychological, family, social, financial, workplace, and legal consequences quite significant. But one area that is often overlooked is the dependency on prescription and even over-the-counter medications. Medication dependency is usually about opiates, with codeine the most commonly implicated substance…

Opiates (aka opioids) are the group of substances derived from poppy seeds. Morphine and pethidine and methadone are well known strong opiates that are only used for very severe pain (severe injuries, post op pain control, terminal care, etc.) and are generally very hard to come by without a prescription. Codeine is a weaker opiate that is found in various painkillers and cough syrups (several are available over the counter and some require prescription). Codeine is the most commonly abused opiate by far.

Opiates like codeine are quite effective painkillers but also cause a feeling of relaxation, contentment, euphoria, and drowsiness. Many people find this quite pleasant and so they use these medications to feel better, sleep better, relax more, etc. This is where the dependency often starts. Typically, someone starts using codeine for an actual medical need (pain, cough, etc.) but continue using the codeine for more “recreational” reasons. Over time they need, and use, increasing dosages and become dependent or addicted. (NOTE: nearly all mind-altering substances build tolerance in the user over time, thus leading to the need for ever-increasing dosages.) 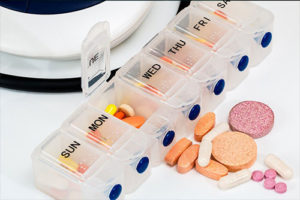 Once a substance-dependency is established, addicts start to obsess about getting their next dose. This can start to interfere with normal life as the drugs become more and more dominant in the addict’s life. Desperation can lead to doctor (prescription) shopping/hopping, petty theft, theft, and even gang-related violence in more severe or extreme circumstances. Addicts often lose control of their work and professional lives.

Compared with society’s image of a drug addict (young, long haired, “alternative” looking, etc.) most codeine addicts appear entirely “normal”. They are often middle-class middle-aged folk who go to work, church, school PTAs, etc. It has been estimated that there are some 2 million people who are codeine-dependent in the USA alone, so the problem is clearly large.

Is it REALLY a problem?

Yes. It is. Opiate addiction is associated with psychological distress, stress, anxiety, depression, mood swings, family issues, social issues, work problems, financial difficulty, and more. Severe addiction can lead to total disintegration requiring urgent intervention but more typically the addict maintains some level of function and may appear to be coping with life. But unchecked, the addiction will grow and gradually take over. Opiate addiction can and does lead to other addictions (e.g. heroine is actually an opiate and heroine is extremely dangerous).

Can it be treated?

Yes. It can. Severe addiction may require admission to a dedicated rehabilitation unit, while some can be weaned off with some support, alternative prescriptions, etc. Results are mixed but addicts can be helped. New approaches that are much less judgemental or combative than the rather dated notion of “war on drugs” show some promise and it seems clear that what addicts need is care and support, not judgement and penalty.

Opiate addiction is common. Extremely common. Much more common than is generally recognised. It could affect you or someone in your family or someone you know at work. Now or in the future. Please be aware of this quite-serious risk and please seek professional help if you are worried about yourself or someone you care about.