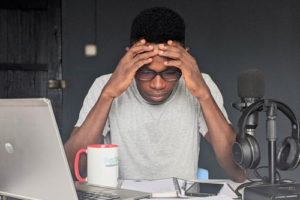 Here is the thing: women report depression more than men do but three times more men than women succumb to suicide. Yes. Three times more. In almost all data from almost all counties going back several decades. What is going on?

Life is hard. We all know this. One way it hits hard is in the form of clinical depression, which is thought to affect about 7% of adults at any one time, and about 15% of adults in their lifetimes.

It is hard, for men and for women. Stats vary but depression prevalence is often shown as being double in women as compared to men. But this is almost certainly a misrepresentation, with men probably suffering similarly to women, but seeking help less often (and so being under-represented in the stats). There are various and important and complex reasons for this, but in essence men typically have more limited emotional vocabulary, ignore or deny mental health issues, and are more inclined to self-treat (often with drugs or alcohol).

Depression can lead to suicide. Depression is a treatable condition – over 80% of patients respond well to modern treatments. But it often goes un or under treated. And even when treated it can be a difficult long-term condition with real negative impact of quality of life. Depression can be miserable in every sense and it does cause some to consider and to attempt suicide. Roughly equal numbers of men and women attempt suicide but men tend to select more violent and “effective” methods, which largely explains their higher suicide-death rate (three times that of women).

Our message here is really a simple one: depression is serious. For all of us. For women. And for men. Because men tend to avoid seeking help and because men tend to use quite violent suicide methods, the risks for men are especially high and worrying. Men, please care of yourselves. Women, please do what you can to help the men in your life here. Everyone, please know that mental health problems are real and serious and can affect any of us at any time.