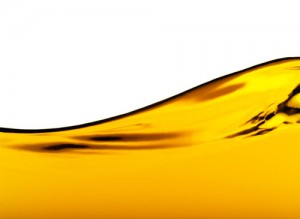 No nutrition topic has been as controversial or as hotly debated as the one on fat and whether we should be consuming more or less of this nutrient. For many years we have been told to consume less fat in order to lose/maintain weight as well as to prevent chronic diseases, such as cardiovascular disease (CVD). But a few years ago spanners were thrown in the works, where some research indicated that we should be consuming more fat, even saturated fat which we thought was clearly linked to heart disease, and less carbohydrates. This confused you right? It confused a lot of us, even as professionals in the field of nutrition. So now, a few years on, what is the conclusion on the matter? let’s look at what the research says and what guidelines are now being implemented in order to guide you to making your own decisions.

WHAT IS THE SITUATION IN AMERICA?

So what do the new Dietary Guidelines for Americans state about fat, having taken the above into consideration?

WHAT IS THE SITUATION IN SOUTH AFRICA?

The debate about fat intake has been huge in South Africa, with Tim Noakes being an advocate of a high intake, and the Association for Dietetics in South Africa (ADSA) being on the other side of the fence. There has been a mass-movement towards the “Banting diet” which is high in fat (including saturated fat), and low in carbohydrates, in order to lose weight, as well as manage some disease conditions (e.g. insulin resistance). ADSA and the Nutrition Society of South Africa (NSSA) have subsequently released a joint statement on low carbohydrate diets for health and weight loss. They indicate that consuming an extreme low carbohydrate diet for reducing risk of disease is not supported by current available evidence. A low carb diet may help some people to lose weight by reducing their total energy intake and achieving an energy deficit, this dietary pattern may be nutritionally unbalanced and very difficult to sustain over time.  In this statement, they also say that fat should be included in a healthy diet, but one should focus on the quality of the fat, i.e. the type of fat.

Just as America has the Dietary Guidelines for Americans, South Africa has the Food Based Dietary Guidelines (FBDG), which aid in advising people on what to eat. The FBDG state: “Use fats sparingly. Choose vegetable oils, rather than hard fats”. Furthermore, a group of South African fatty acid and health scientists have adapted guidelines for fat intake, which are in line with international health bodies and current evidence for the country.

The following represents the key guidelines (complex technical ones not shown here) set for South Africans above the age of 2 years:

The Bottom Line: fat is not your friend and not your enemy. You need to choose better fats as much as possible (realistic) and you need to eat a balanced diet that includes all food groups (blanket or absolute exclusions are usually dangerous) including moderate amounts of good fat. It’s what your mother told you all along, eh?!