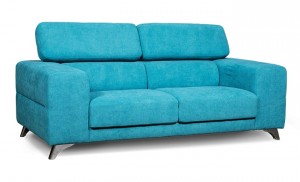 Unhealthy lifestyles are clearly linked to serious long-term health problems as well as significant short term wellness impairment. The answer is behaviour change but it is not happening.

In the South African Financial Services sector 55% are overweight, 60% do not exercise, 20% smoke, 20% report serious stress problems…the list goes on and paints an alarming picture: few live well and few are well. The most worrying issues are overweight and lack of exercise.

Body Mass Index (BMI) is a simple formula (weight in kilogrammes divided by height in metres squared) that describes how round (or fat) a person is, independent of gender or age. BMI classifies people as:

Despite being imperfect (e.g. it does injustice to the very muscular, the pregnant, and young children) BMI has been repeatedly shown to be accurate for the vast majority of people, reliable, and practical. BMI remains the universal standard.

Repeated reputable peer-reviewed research has demonstrated that being overweight increases the risk of developing cardiovascular disease (mainly heart attack and stroke), diabetes, osteoarthritis, many cancers (including breast, prostate, and colon), and psychological issues linked to poor self-esteem and stigmatisation (the notion of the “jolly fat person” is a cruel myth).

There has been some debate around the question of “borderline overweight” and at just what level health concerns begin. But most experts now agree that there are real health risks for all people who have a BMI over 25, albeit that the risks increase as the BMI does – a view recently substantiated in a huge 2015 study of 65m+ people across 125 countries and 25 years.

The human being is intended to live actively. And did so, pretty much, until the time of the industrial revolution. It is no longer so, with almost half of us now living sedentary lives. The active living recommendations most widely used are:

All three are important. Each confers health and risk benefits on its own – it seems that each is an independent risk factor and so, for example, even very fit athletes have some health risk if they sit all day at work. The research on sitting is relatively new but it seems possible that sitting may be the most important risk factor of all.

The impact of sedentary living includes an increased risk of developing cardiovascular disease, diabetes, osteoporosis, many cancers (including breast and colon), depression and anxiety.

Besides the serious long-term effects of couch-potato living there are also profound short-term effects. It is clear that overweight and sedentary living are associated with low energy levels, concentration problems, reduced productivity, lower mood, and sleep problems. It’s as if the way we feel is a result of our lifestyles, and that’s because it is!

Very little of this is new or unheard of. These are well-known facts for the most part, certainly among educated populations. And yet the prevalence of overweight has doubled since 1980 (in the “western” world) with similarly alarming declines in exercise and activity. The truth is that a great many people are ignoring what they know is good (and bad) for them. Or at least not doing anything about it. This is sometimes called the “wellness paradox” and is a definitive challenge for individuals, healthcare professionals, behaviourists, employers, governments and society in general. Despite huge investments, much advertising, a massive industry, and much concern, there is little evidence of real change.

Change is hard. Certainly it is hard to achieve in the area of lifestyle behaviours. What works?

What has become fairly clear is that simply presenting information to people does not work (largely because people already know what you’re telling them in the google-age). Even presenting personalised information (typically as health risk assessment reports) has shown disappointing results as regards behaviour change. So the classical wellness programmes based on information and health risk assessment have under-performed – they do raise awareness and create a valuable platform but on their own, do not deliver change.

It is fairly clear that the issue is a deep and complex behavioural one – it’s psychological & emotional more than anything else and as long as this is ignored or under-emphasised, as has largely been the case to date, results will be disappointing. Some principles are emerging:

These principles can be applied individually, with others, within a company or in broader society-wide strategies. They do improve the odds of creating sustained change although in truth there is much still to learn. You can look at your personal, family, company or medical scheme approach and test it against these principles if you’d like to optimise results.

We really DO need to eat-less-eat-better-move-more-sit-less. We also need to be brutally and totally honest about why we do not.