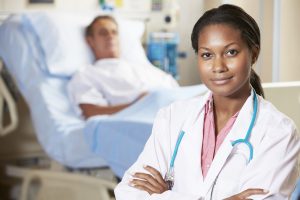 Colon cancer (cancer of the colon and or rectum) is the third most common cancer worldwide, affecting approximately 5% of people in their lifetimes. It affects mainly older people (men slightly more at risk than women) with the main risk factors being diet (processed meats, red meats, alcohol), lack of exercise, smoking, and obesity. In many ways colon cancer is a lifestyle disease that is more common in the developed world than in the developing world. A small number of cases (5% or less) have a genetic/inherited cause. Inflammatory Bowel Disease (IBD, Crohns disease and Ulcerative Colitis) also increases the risk. Colon cancer usually begins as a benign polyp that becomes cancerous over time (often years).

Signs of colon cancer include bleeding (blood in faeces), change in bowel habit (constipation or diarrhoea or both), abdominal pain, fatigue, and weight loss. Screening tests can detect pre-cancerous polyps and even treat these. Colonoscopy is the main screening procedure used today and this is generally recommended for people over 50 (sometimes younger, depending on risks factors) – colonoscopy is especially valuable because it can also remove pre-cancerous polyps, thus removing the risk when found.

Colon cancer is treated with a combination of surgery, chemotherapy, and radiation. The prognosis varies depending on the extent of spread (cure is possible when the cancer has not spread) but the average 5-year survival is in the region of 50-60%.

Colon cancer is fairly common but because it can be detected and treated in early or pre-cancerous stages, it is a good example of a cancer that can often be beaten. Anyone over 40 should discuss colon cancer screening with their doctor.