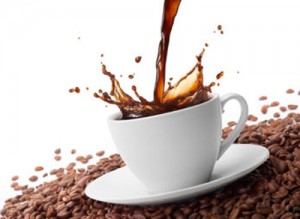 Java, Mud, Joe, Brew……Coffee is one of those rare treats that contains next to no calories and offers real health and performance benefits. It is also one of the leading sources of antioxidants in the Western diet. This article discusses the numerous proven benefits (and risks) of coffee as well as suitable safe dosages of caffeine for different ages and conditions.

The following guidelines have been issued by the European Food Safety Authority (EFSA):

In healthy adults between the age of 18 and 65, a daily dose of 400mg of caffeine does not raise safety concerns. Note: this guideline refers to caffeine as a whole and not just caffeine from coffee, it is important to consider all sources of caffeine in your diet when calculating your coffee allowance. Below is a table showing of the caffeine content of various sources:

NB! Too much caffeine (over 500-600mg) can cause restlessness, tremors, irritability, insomnia and an upset stomach.

On the whole, significant amounts of caffeine aren’t recommended for children and adolescents; this is due to the fact that caffeine interferes with sleep, which is necessary for proper growth and development. Safety has been established at a limit of 3mg per kg body weight for people between the ages of 3 and 18 years. This would equate to 60mg for a 20kg child.

Because the physiological effects of caffeine are passed from the mother to the foetus/infant, its safety in pregnant and lactating women has long been debated. Caffeine has been linked to miscarriage, growth restriction and childhood leukemia, but largely in quantities exceeding 200mg per day. An intake of below 200mg is approved as safe by EFSA. However, to be cautious it is advisable to keep consumption as low as possible.

Those with pre-existing heart conditions or type 2 diabetes are advised to keep to an intake of below 200mg or follow their doctors’ instructions regarding intake.

There are some people that are ultra-sensitive to caffeine. In such a case it is difficult to establish a safe limit, but it is recommended to start intake at 50mg per day and increase or decrease from there.

Research on the benefits of coffee is continuously emerging, some are mentioned below. The majority have shown health benefits from at least three 230ml cups of coffee per day, it may be even more beneficial to split this up into smaller amounts of about 80ml every hour.

Coffee prevents liver cirrhosis and other liver diseases. The liver is an extremely important organ, responsible for many important functions in the body. Coffee plays a very important role in liver defence, which is particularly important if you drink alcohol. People that drink at least 4 cups per day have up to 80% less chance of developing liver cirrhosis.

I’m sure you don’t need any article to tell you this, but coffee makes you happier! Coffee drinkers are 10 to 20% less likely to be depressed, they are also about half as likely to commit suicide.

You may have heard that caffeine increases blood pressure and think that this must be nonsense? However, this effect usually goes away if you drink coffee regularly (with exceptions). It also does not increase risk of heart disease and may prevent cardiac deaths.

Even better, coffee drinkers that drink between 1 and 3 cups per day have a significantly lower risk of having a stroke.

Effects are put down to antioxidants present in coffee which combat inflammation and a boost in nitric acid which dilates blood vessels and lowers blood pressure.

A moderate intake of coffee improves brain function and reduces risk of developing Alzheimer’s and dementia.

Coffee helps to increase the amount of certain important neurotransmitters which improves, among other things, memory, mood and general cognitive function.

As previously mentioned, coffee is also rich in antioxidants, this, along with its effect on neurotransmitters is thought to be the reason that coffee drinkers that consume between 1 and 5 cups per day have a noticeably decreased risk of developing Alzheimer’s, dementia and even a form of brain cancer.

Coffee or more specifically the caffeine in coffee also assists with prevention of Parkinson’s disease. It can reduce the risk of Parkinson’s by between 30 and 60%

Coffee does not only prevent brain cancer. Due to its antioxidant content it has proven to be helpful in the prevention of skin, liver and colorectal cancers too.

Diabetes is a huge health concern which affects about 347 million people worldwide. Interestingly studies have shown that coffee consumption decreases risk of developing type 2 diabetes. Risk is shown to decrease by about 7% with each cup of coffee drunk per day, I.e. The more coffee you drink the lower your risk of developing diabetes. Remember this is preventative in nature and is not the case for those with existing type 2 diabetes.

Caffeine also causes an increase in the “fight or flight” hormone, adrenaline. Adrenaline increases heart-rate, breathing-rate and energy production, preparing the body for an intense workout.

Because of its physiological effects on the body, Caffeine has been shown to improve exercise performance by 11-12%. It therefore makes sense to have a cup of strong coffee 30-45 minutes before a workout.