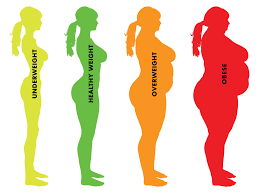 Most of us may have heard the term BMI and know it is linked with our weight but what exactly is it measuring and how accurate is it? BMI is used by dieticians, doctors, nurses, other health professionals and the general public.

BMI is a person’s weight in kilograms divided by the square of height in meters. For example a person weighing 70kg at 1.6m tall will have a BMI of 27. This describes how “round” a person is. BMI is calculated the same way for adults and children but there are different charts for children. There have been some studies that have shown differences between genders, races and nationalities however, this is the standard BMI categorisation used:

BMI is commonly used as it is a very quick, inexpensive and simple way to asses a person’s weight. Overweight and obese individuals have an increased risk of chronic diseases like diabetes, stroke, heart disease, and high blood pressure.

The world is round (and getting rounder)

Clear trends of increasing BMI can be seen worldwide over the last several decades. The percentage of overweight adults has almost doubled in the last 30 years. South Africa is no exception: SA has 30-40% obese adults in the country, only behind the US, Great Britain, Egypt, and Saudi Arabia.

There are other ways to measure weight, fat, and health. Other methods include skinfold thickness measurements with callipers, underwater weighing, bioelectrical impedance, dual-energy x-ray absorptiometry, and isotope dilution. These methods are more accurate in measuring exact fat weight but are much more complicated, expensive, need a professional and are not readily available. BMI does not measure fat directly like these other methods do.

Another simple and inexpensive measurement is waist circumference (WC). A tape measure placed at belly button level is the seemingly-simple method. A large WC of more than 88cm for women and 102cm for men has also been linked with the chronic diseases mentioned above. Even although other methods are more accurate at measuring exact fat weight studies have found that both BMI and WC are actually quite well correlated with chronic diseases. WC is more a bit accurate than BMI in predicting chronic diseases, when WC is carefully measured (more tricky than it seems sometimes).

Athletes and sportspeople who have a large muscle percentage can be a challenge. Muscle is heavy so athletes can be heavy without being fat. Their larger weight may classify them often as overweight or obese but they have a very small fat percentage. It is better to then use one of the other methods like skin fold measurements on very active sports people. This being said, it is important to note that this really only applies to serious athletes and very active people – the average “weekend warrior” will find BMI quite accurate enough.

The world has been getting fatter for decades now. We now see some 60% or more of adults being overweight or obese. This has created a bit of dilemma where the average person is in fact overweight – and at risk of various health problems as a result. Being average is not the same as being healthy in this instance. Many people feel, consciously or subconsciously, that they are “OK” if they are average, but this is a dangerous and incorrect view.

BMI is a good way to describe how round, or fat, we are. It has some flaws but it remains the best and most practical measure to use.