Skip to content
Home/Coping with Life, Features/Is cannabis really that bad?
Previous Next

Is cannabis really that bad? 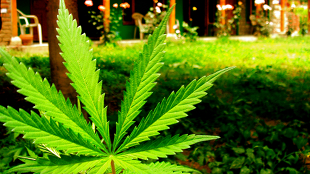 This debate has raged for decades now. Traditional or conservative advice is that cannabis is a dangerous illicit drug that causes impaired judgment, cognitive decline, lung disease, cancer risk, schizophrenia, antisocial behaviour, and more. Cannabis is often seen as a ‘gateway drug’ that may introduce people to harder drugs such as heroine and cocaine. But there is also a strong lobby who argue that cannabis is relatively safe, quite possibly less harmful than alcohol & tobacco, and a victim of knee-jerk reactionary thinking – this group points to the pain-relief and other claimed medical benefits.

Cannabis is the most commonly used drug in the world (after alcohol and tobacco): 180 million people use cannabis worldwide with some 3-4 million South African users (that’s regular users, “occasional” or “try it now and then” user-numbers are much higher).

What are the facts?

Cannabis has been studied for several decades now but the body of research is unfortunately flawed and inconclusive in many areas. We do know this much:

The main reason for using cannabis is the relaxing and euphoric effects (getting high), which have nothing to do with the claimed health benefits or the very real risks. It is a drug, like many others.

So what should you do?

Well, that’s up to you. There are clear health risks as well as a few fairly-limited benefits. As can be said for most “drugs” like alcohol and tobacco, cannabis use can be harmful. It may well be that it is not any more harmful than alcohol or tobacco, but that does not make it harmless, or even close to harmless.

Cannabis is a drug. It is now legal in many countries, including South Africa. It is almost certainly no worse than alcohol or tobacco, but it is still a drug that you will be healthier without.